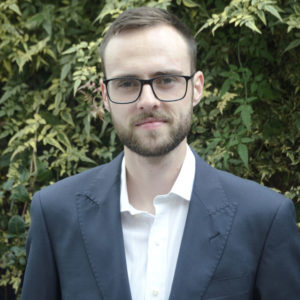 Órán Halligan is a Dublin-based pianist, born in 1995. He began taking piano lessons at the age of 8. In 2011 he became a part-time student of the Royal Irish Academy of Music, where he began his studies with Professor Anthony Byrne. In 2014, Órán was awarded the “John O’Conor Cup for Outstanding Musicianship”, and in 2015 he completed a Diploma in Music Teaching and Piano Performance in the Royal Irish Academy of Music. In 2019 he completed his BA in Piano Performance, also from the Royal Irish Academy of Music. Órán recently began his MMus Piano studies in the Royal Conservatoire of Scotland. Since beginning his full-time studies, Órán has performed in masterclasses with a variety of pianists, including: John O’Conor, Finghin Collins, Vanessa Latarche (Royal College of Music), Sara Bryans and Christiane Karajeva (University of Music, Vienna), Grsegorz Kurzyński, Sven Birch, Sinae Lee and Aaron Shorr (Royal Conservatoire of Scotland). Órán has taken part in many competitions, including the Feis Ceoil, RIAM PianoFest, and Boyne Music Festival. He has performed as part of the RIAM’s “Debussy Day”, 11:11 Concert Series, as well as a lunch-time recital of French Piano Music in the National Gallery of Ireland’s Shaw Room. In September 2018 he performed Gershwin’s “Rhapsody in Blue” with the Dublin Concert Band, as part of their 60th Anniversary Gala at the National Concert Hall. Most recently, Órán had the opportunity to perform Poulenc’s Piano Concerto in C-sharp minor, with the RTÉ NSO, as part of his final-year Concerto examination