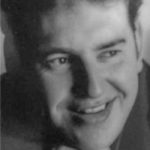 After studying at the Royal Academy of Music and the Guildhall School of Music and Drama, Michael came to international prominence by being the only British pianist in its history to be awarded the Prix d’Or at the Aarau International Piano Competition in Switzerland.

As a soloist his performances have captivated audiences both in the UK and abroad, from London to Osaka, collaborating with conductors such as Sir Simon Rattle, Marin Alsop and Alexander Briger.

As a collaborative artist he has appeared in the QEH in London’s Southbank Centre, Salzburg’s Festspielhaus, Zurich’s Tonhalle and the Lund Art Gallery, Sweden, and performed in Metz, Paris, Berlin and Florence (with Amici di Toscana) as well as at festivals in Pienza, Montalcino and Rome, at both Aldeburgh and Cheltenham Festivals, and with Graham Johnson’s Song Makers Almanac

His discography includes work for Miramax Films , Sony and EMI.

In September 2012, Michael was invited to join the staff of the Guildhall School of Music and Drama.