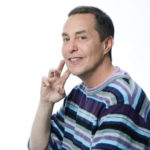 Eric Kushner was born in Louisiana, USA and began his horn studies with 12 years of age. At 15 he performed as a soloist with the New Orleans Philharmonic Orchestra. From 1979 until 1982 he studied at the New England Conservatory with Prof. Thomas Newel and continued in Detmold, Germany with Prof. Michael Höltzel. 1984 he became solo hornist of the Lower Austrian Tonkünstler Orchestra in Vienna. In 1986 he was appointed solo hornist with the Vienna Symphony Orchestra and held that position for over 30 years. In 2018 he moved down the section and is working in the Vienna Symphony as a low horn player. He recognition of his many years of service in the Vienna Symphony he was given an honorary Professor title by the city of Vienna. He has performed for many years with Concentus Musicus under Nikolaus Harnoncourt on natural horn and performs regularly in festivals throughout Europe, the USA and Japan. As a soloist he has appeared with the Vienna Symphony, the Tonkünstlerorchester, the Mozarteum Orchester Salzburg the Wiener Kammerorchester under the conductors Fabio Luisi, Vladimir Fedosejev, Vaclav Neumann, Georges Prêtre, Hans Graf und Frans Brüggen and has recorded extensively for CD and radio productions world wide.