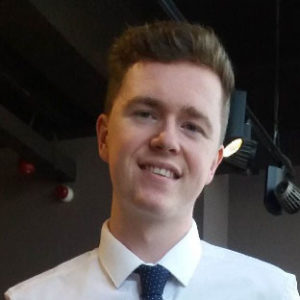 David Mitchell has just completed a Bachelor of Music from Queen’s University, Belfast. As a member of the City of Belfast Youth Orchestra, I performed in the Proms at the Royal Albert Hall and toured with the orchestra, performing in New York, Boston and Cape Cod. I also had the privilege to play with James Galway on two occasions at the Waterfront Hall. I was a chorister at St George’s Parish Church, Belfast and at Methodist College Belfast I was a member of the Junior Choir, Senior Chorus and Chapel Choir with whom I performed in Westminster Abbey and St George’s Chapel at Windsor Castle. As a teenager, I was selected as a finalist for Northern Ireland’s Young Musician of the Year on two occasions. This is my third year as a member of Queen’s University Symphony Orchestra where I have played principal flute. In early November, I played a concerto with the Orchestra and throughout my degree course I have played as a soloist and been a member of a number of instrumental ensembles. I am a member of both the Queen’s Chamber Choir and the Music Society Choir who perform regularly in the University. These experiences have been instrumental in giving me a love of performing and giving me the desire to pursue music as a career. This year, I will study a Post Graduate Certificate in Education and audition to conservatoires to study the flute further.